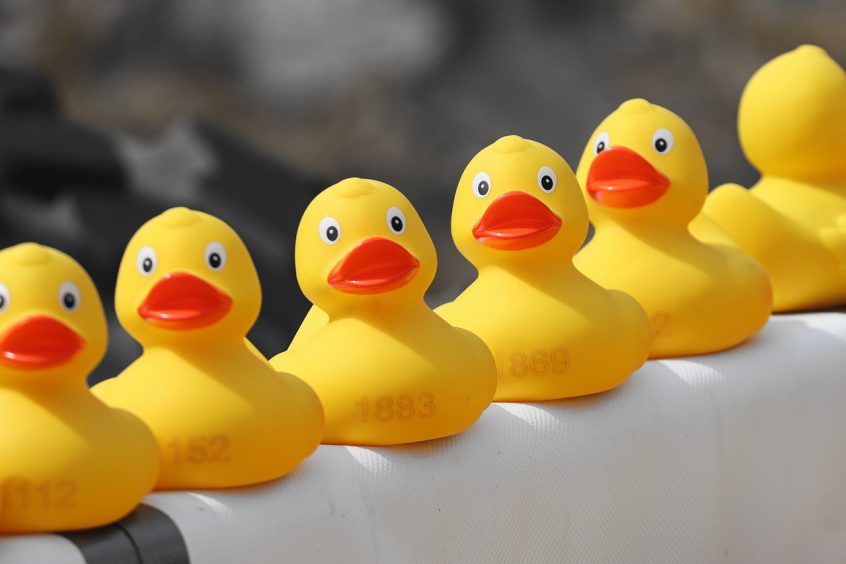 On Saturday 30 November the Junior Committee will be hosting some fun races at Salterns, followed by the special launch of a new club Tera and the end of season prize giving. All topped off with a little AGM… read on to find out more.

Bring along your model boats (as homemade as you like!) for the great annual race! Launch will be at 2.35pm so come a little earlier if you have some last minute adjustments to make.

NEW this year for those who haven’t quite got around to crafting a model boat to race: Duck Races! Pick a number, launch your Duck on the whistle and lets see who’s goes furthest! And no cheating…!

Drinks and cakes will be available in the clubhouse throughout the afternoon.

Following the Model Boat and Duck Races, we will be joined by Nigel and Paula Burt for the official naming of our new RS Tera ‘Olivia Inspires’ in memory of Olivia Burt, who passed away in a tragic accident in 2018 whilst at University in Durham.

Olivia learned to sail at Salterns. She progressed from Optimists to Laser 4.7 and then on to Laser Radial. Olivia was in the RYA’s Optimist Squad and later in the RYA Youth Laser Squad. She travelled nationally and internationally to compete, representing Great Britain at the European Laser 4.7 Youth Championships in the Netherlands in 2011 and at the Laser Radial Youth European Championships in Denmark in 2014.

Our Annual Prize Giving with Commodore Freya Baddeley and President Dominic Patten, where we will be announcing the winners of the Moth and Tera racing series, along with numerous other club awards.

In addition we will announce the winners of the Children in Need family sponsorship competition and colouring competition.

And finally we will proceed to the formal Annual General Meeting, which will include the election of the Flag Officers for 2020.

This website uses cookies in order to provide functionality and a good user experience. Find out more.